At Baselworld 2016-Watch and Jewel Show, Breitling, Piaget and Land & Heyne all launched new gears made of silicon or gold, in order to enhance the performance of the movement. What they have in common is the application of DRIE (Deep Reactive Ion Etching) or UV LIGA (Lithographie & Galvanoformung & Abformung) techniques. Breitling selected silicon to fabricate gears so as to reduce energy loss, while Piaget and Lang & Heyne
developed gold gears, not worse than other two brands. Three watch brands created new possibilities in the atomic domain.

Silicon gears aim to improve the performance of Breitling B01 self-winding mechanical chronograph movement, which would later became Breitling Caliber B01 ChronoworksÂ®. In fact, a watch movement is in stopped state in 95% of the time, but it loses the energy every time when we restart it. In order to avoid lower the loss, Breitling adopted silicon to produce three of the most important wheels: center wheel, third wheel and fourth wheel since silion is only half as weighty as ordinary material. These gears are made by DRIE (deep reaction ion etching) process, which makes the whole structure more stable. Most of energy losses occurs in motion of the escapement system, so escape system is another part need to be improved. Silicon lever and escape wheel can reduce the weight of Swiss lever escapement and the inertia in operation effectively. Optimized escape wheel makes the effective utilization rate of barrel kinetic energy increase by 42%. 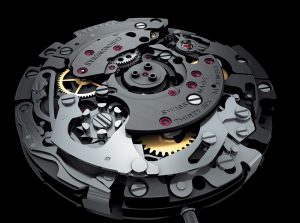 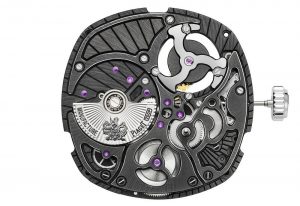 In top watchmaking, small machinery parts also have innovation needs and space. Watch brands improve constantly the performance of watches and movements to prove themselves and create more wonders.